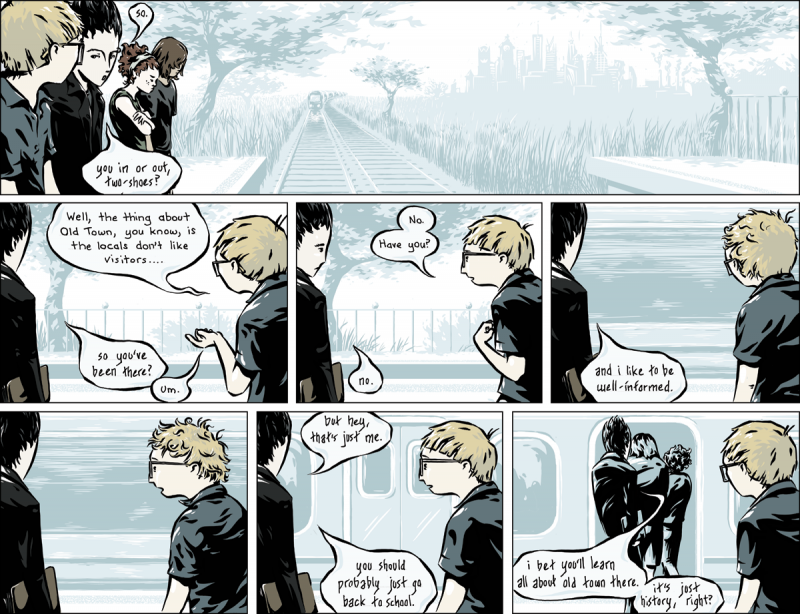 The house where I grew up (for the most part) was roughly an hour and nine minutes down the North Jersey Coast Line from New York City, and a walkable distance from the station. The train ran along the back of the park down my street, and twice every hour or so, its whistle (although I guess they aren’t actually called whistles anymore) would echo through the neighborhood. Three out of every five weekends, I’d take the train into the city to stay with my Dad, who lived and worked in Manhattan.

In the other direction, the commuter rail passes through Long Branch and Asbury Park, eventually terminating in Bay Head. Further south is Atlantic City, and then the procession of small shore towns resumes down through Cape May County, home of the Wildwoods, where my family has convened every July for over 50 years. Wildwood is a wondrous place for a kid, full of lights and noise and rides and ice cream and girls in bathing suits and food you don’t know is terrible. As an adult, it feels lost in time, perhaps because it changes so little from one year to the next, or because it always seems culturally to lag about ten years behind the rest of the country, or maybe because it is one of a rapidly dwindling number of legitimately working-class vacation destinations left on the North Atlantic coast.

I was thinking about absolutely none of the above while drawing this comic. It occurs to me now, though, that some of it may be relevant.

At last week’s book party, I walked folks through the unnecessarily arduous creation of this page. Video of the presentation us up in the news section.

Return to Chapter One