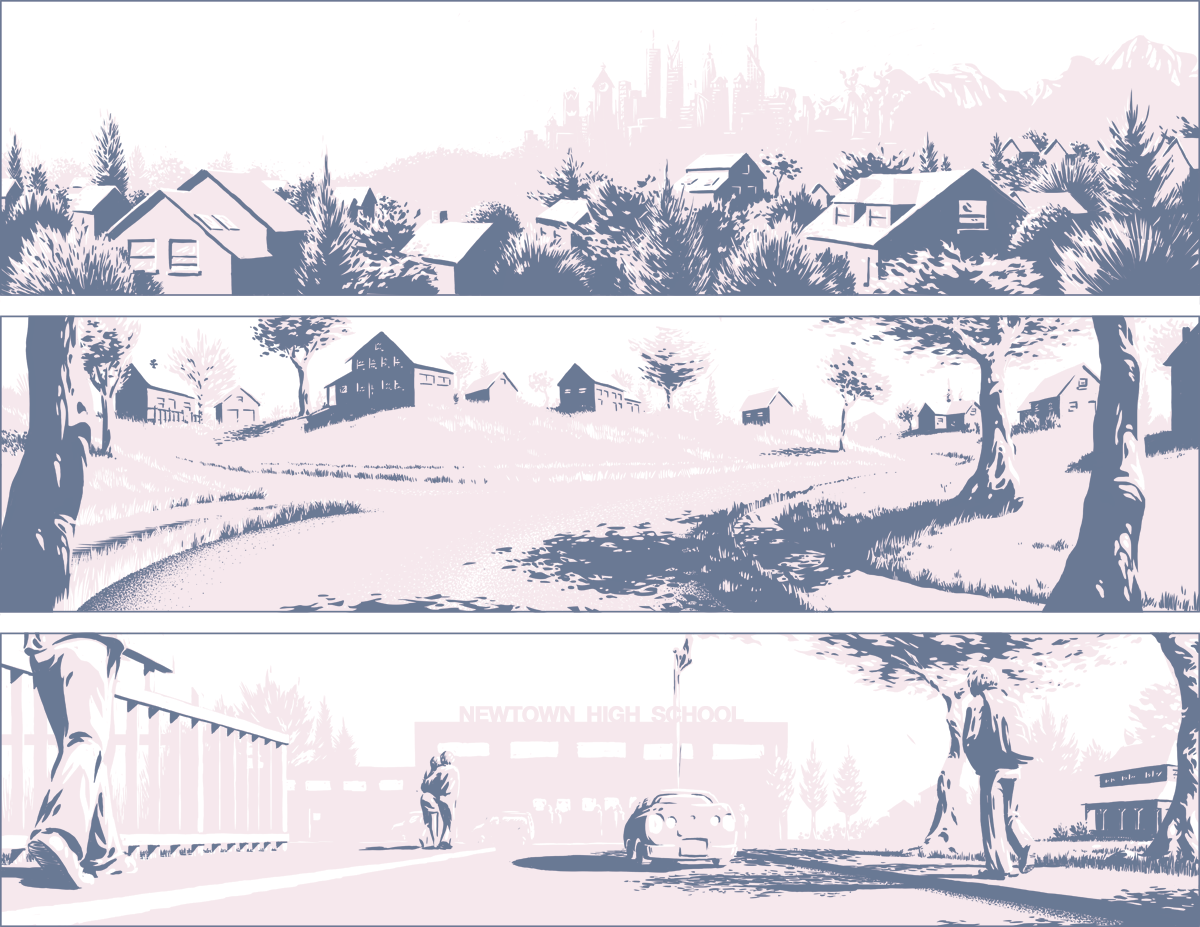 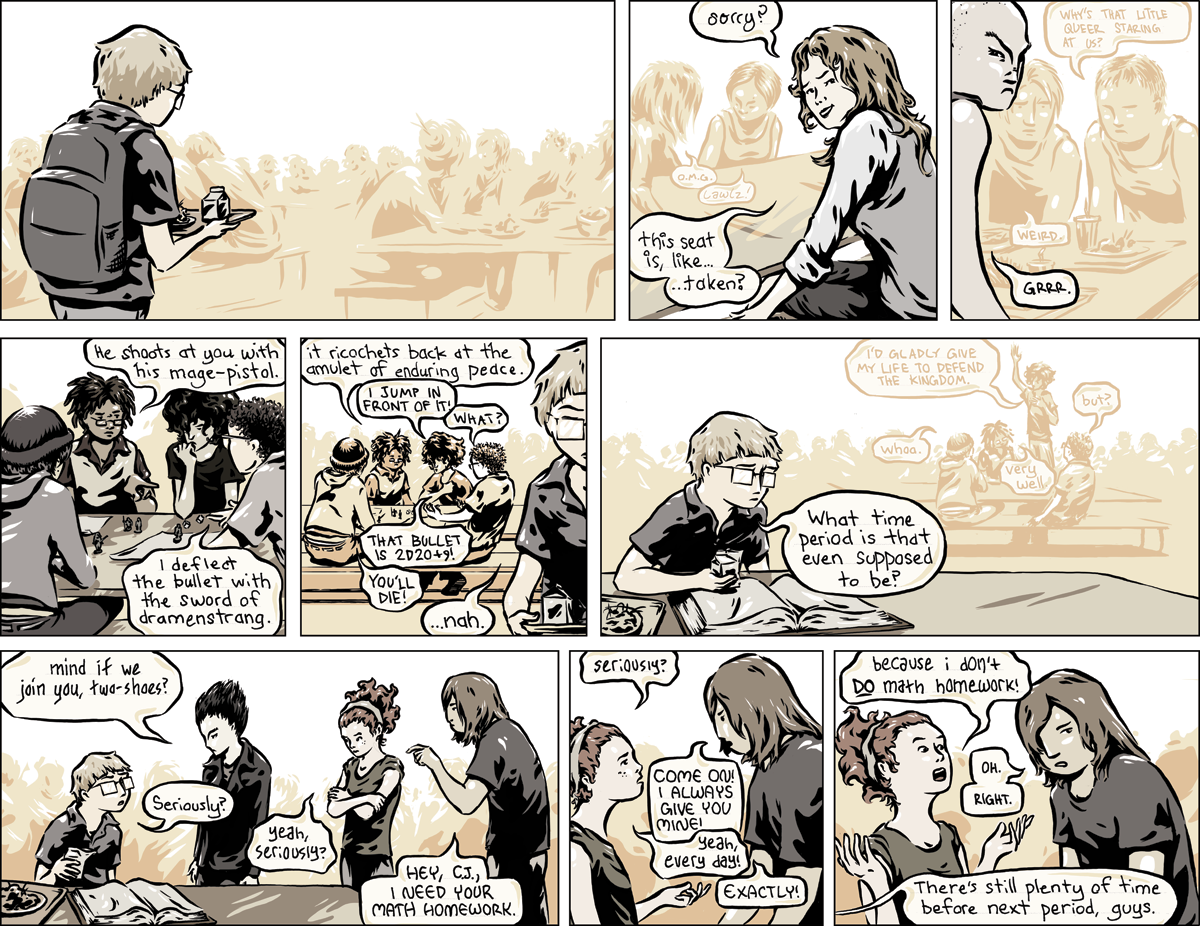 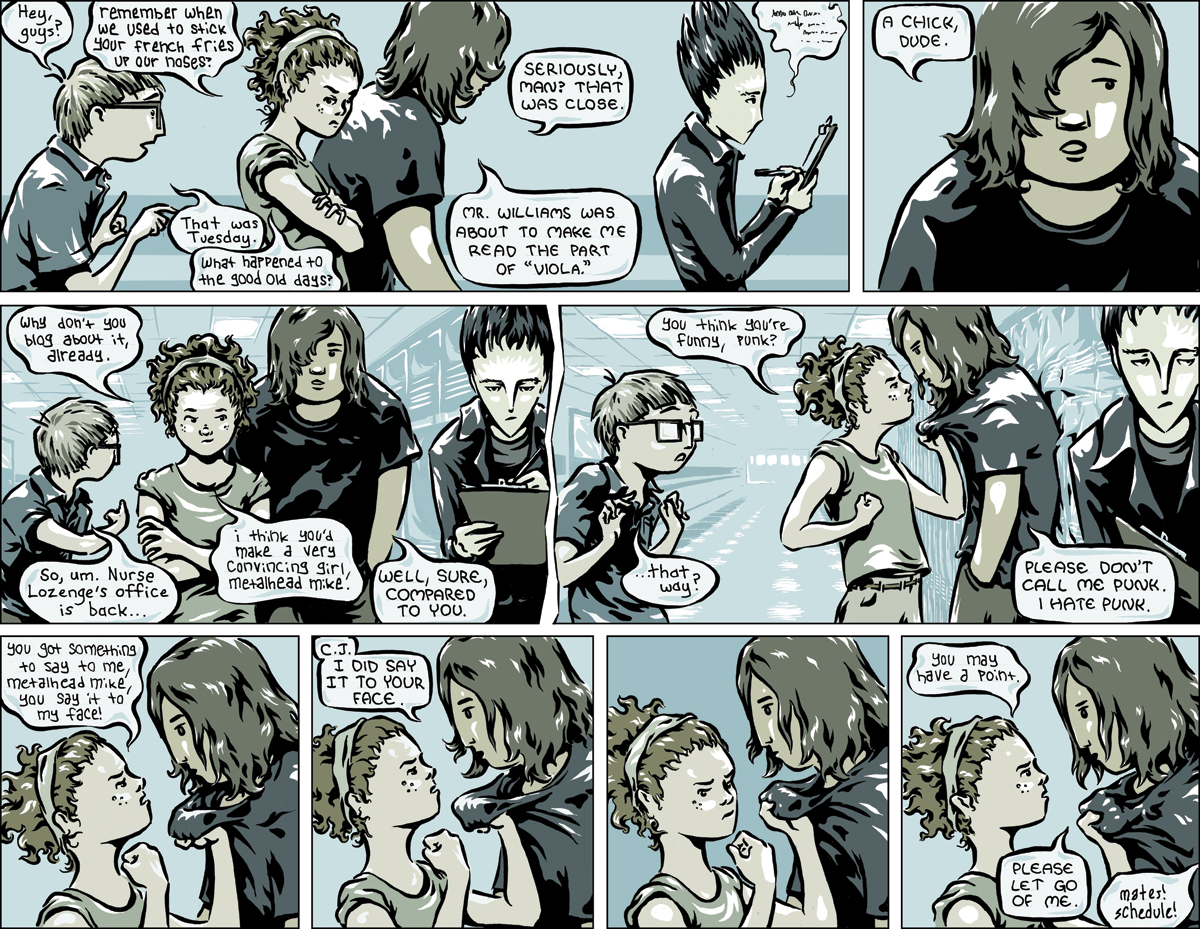 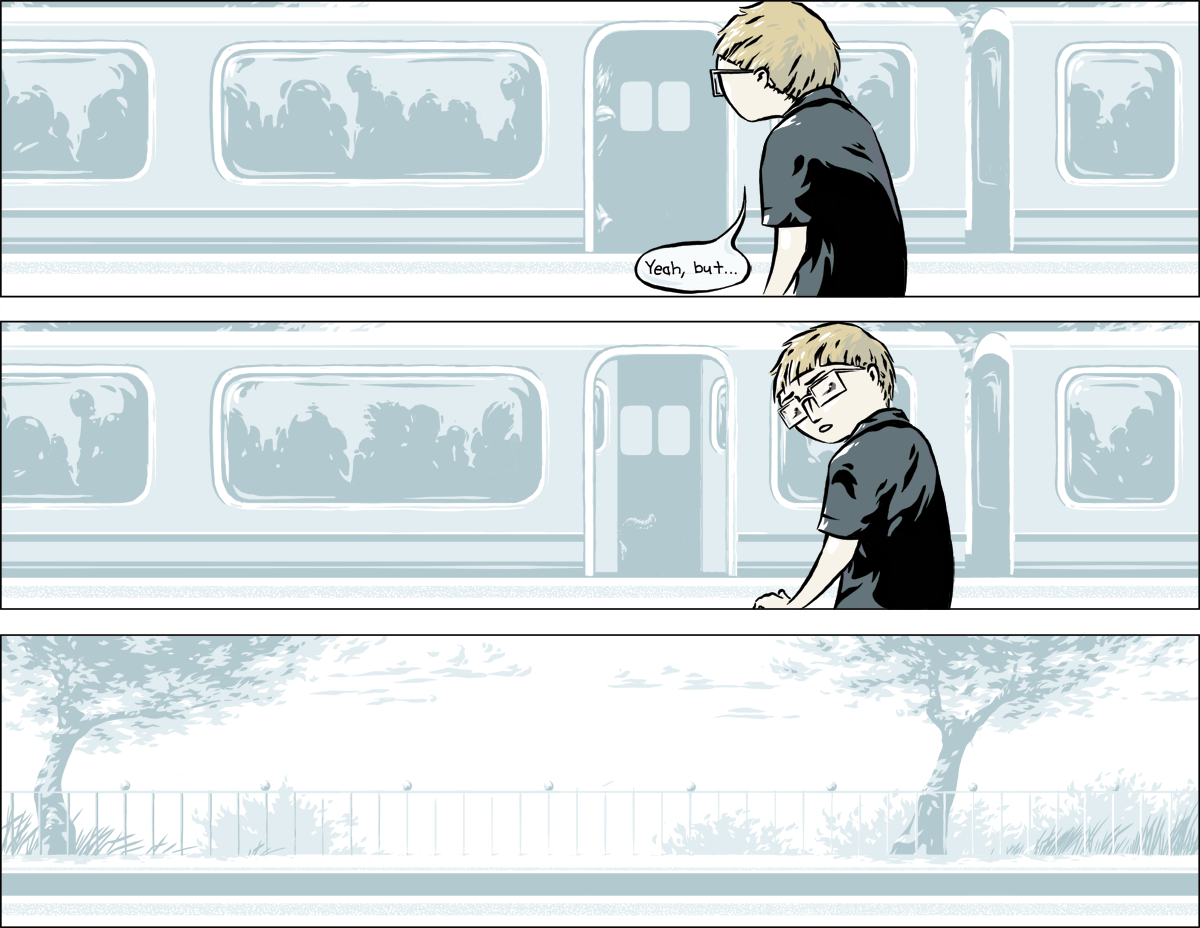 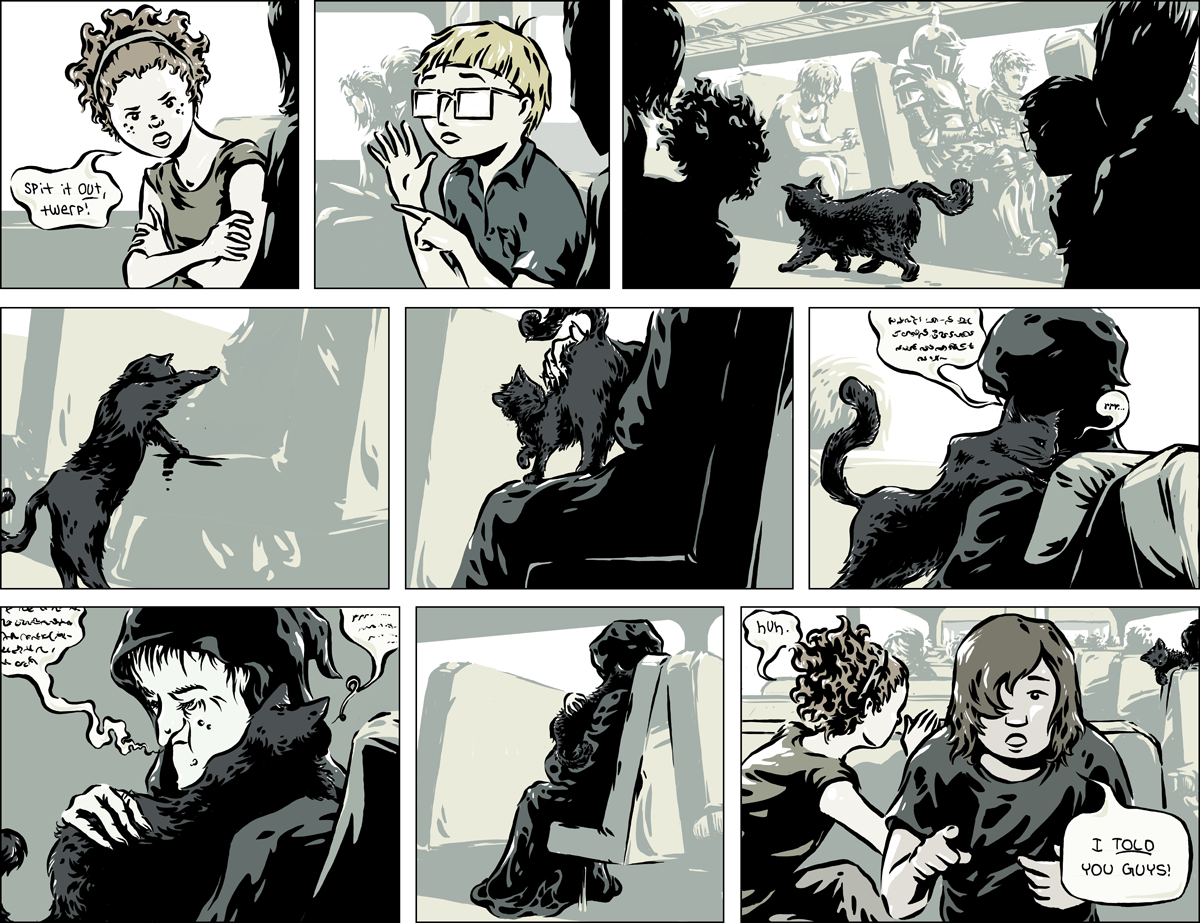 You've reached the end of Chapter One.

Weekly page updates will pause temporarily while I continue work on Chapter Two. In the meantime, I'll keep posting updates about process and progress and beautiful things that show up in my mailbox (holler for the address). Consider subscribing to this site ( E-mail | RSS | feed URL ) if you'd like to be kept in the proverbial loop.

And if, like me, you still prefer to read your comics on paper pages, there's a hand-bound, lovingly assembled, full-color physical book of chapter one, just waiting to be signed and sent your way.